Becky Dimock is an accidental dance mom; falling into the role when her two daughters joined a very small studio.

However, she wanted to do whatever she could to be involved with her daughters and help out the studio, so she volunteered wherever she could; eventually becoming the parent volunteer coordinator, while helping out sewing costumes.

When the studio closed and they moved to a new studio, she became the costume manager; sewing all the costumes; from tutus to booty shorts.  She continues to help the studio in any way she can.

Articles by Becky on Dance Parent 101 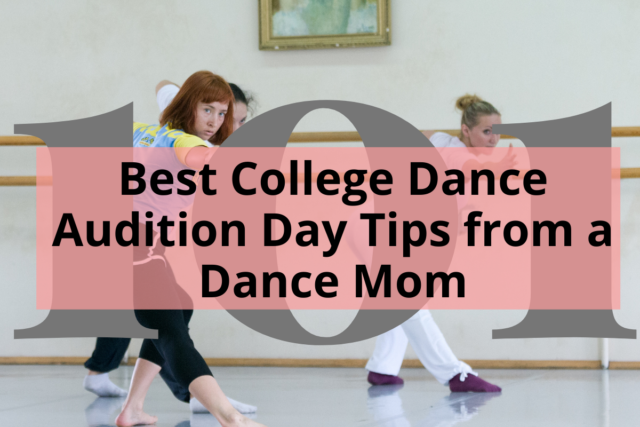 If you are a parent of a dancer who is in the midst of choosing colleges, then you will know how much researching, preparation and planning has gone on before an actual dance audition for a college even occurs! 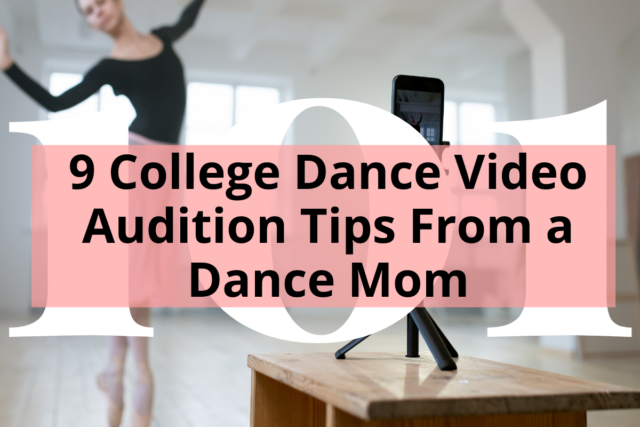 If your dance mom college audition experience for your dancer is anything like mine, you will see yourself on the end of a video camera (or your phone) filming video auditions, or video pre-screening auditions which are followed up by an in-person audition. 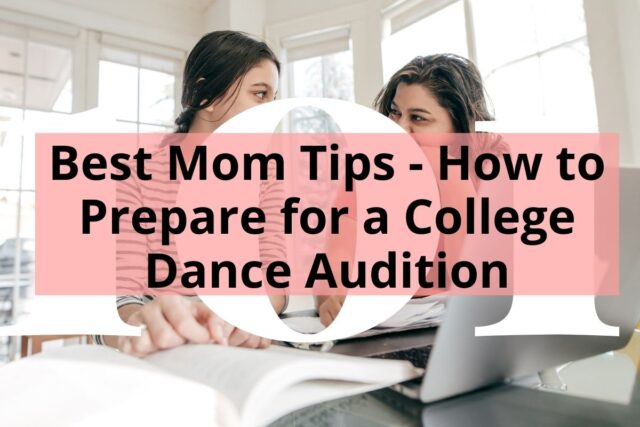 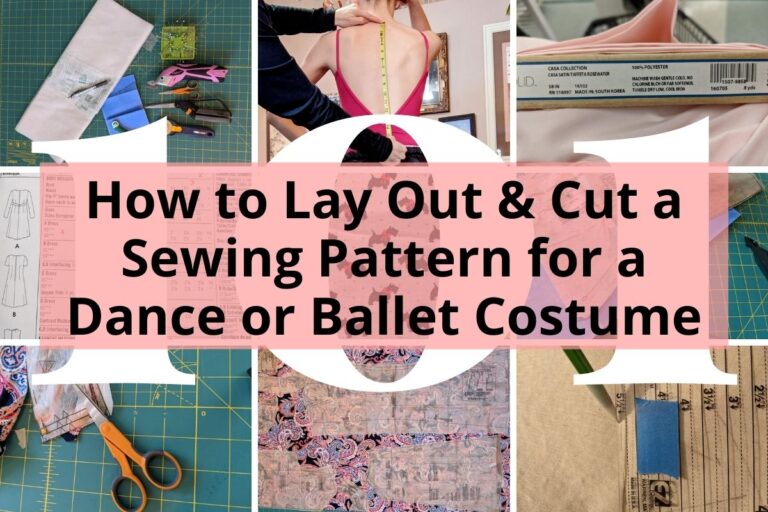 When my mom taught me how to sew, I was terrified of cutting the pattern out wrong and wasting a bunch of fabric, but I soon learned that laying out and cutting out a pattern is really not that hard, and it’s a great way to help out at your child’s dance studio, even if you don’t sew.   So grab your fabric and scissors and you’ll be an expert in no time!

It’s so exciting when your daughter gets her first pair of pointe shoes, but it can also be stressful.  She’s gotten the ribbons and elastics sewn on, but what are they actually for?  How should she tie them so they do what they’re supposed to do?  We will describe the two most common ways to tie pointe shoe ribbons. She should choose the method that’s best for her. 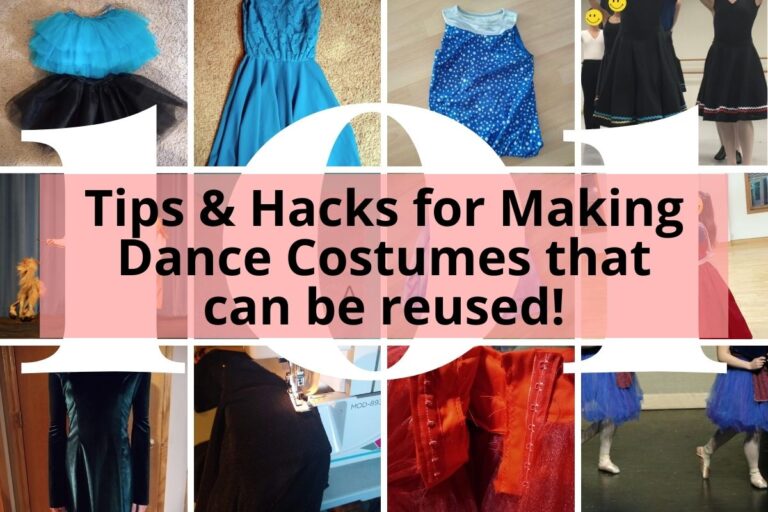 Everyone knows the frustration of spending time and money on costumes that only last a couple of performances.  It’s hard to know how to best balance cost and quality.  If you follow these tips, you can create costumes that last but don’t break your budget. 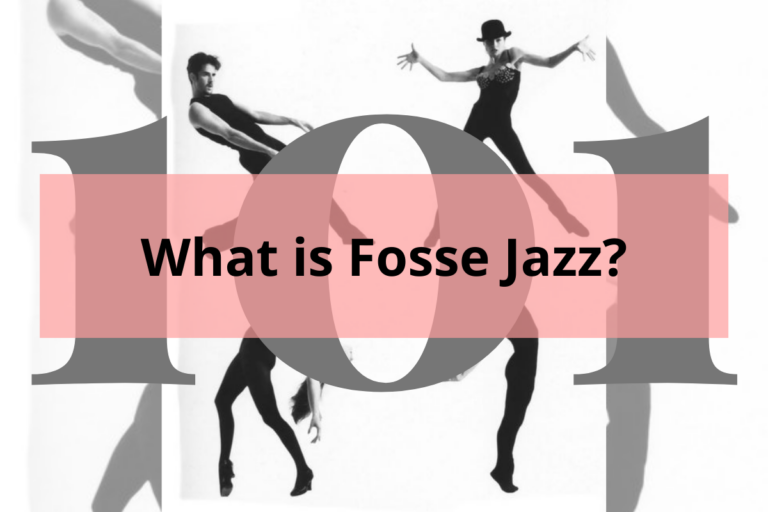 Fosse Jazz was created in the 1940’s and 50’s by Bob Fosse as an offshoot of Broadway jazz. Fosse pulled inspiration from his background in vaudeville, the teachings of Broadway jazz founder Jack Cole, his work with Fred Astaire, and his own insecurities (he did not like his hands or his thinning hair and didn’t have good turnout), he developed a unique choreographic style and terminology. 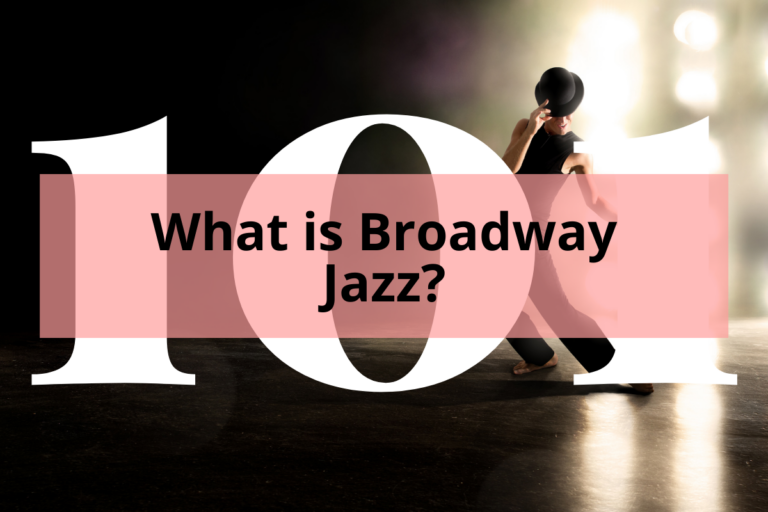 Broadway jazz, or theater jazz originated in the 1920’s.  It was the first time dance was an important part of a play’s plot, and viewers fell in love. It is a unique blend of ballet, modern, and jazz and is distinguished by its emphasis on exaggerated movements, high energy, and story-telling. It is almost always performed by a troupe of dancers, with few solos. 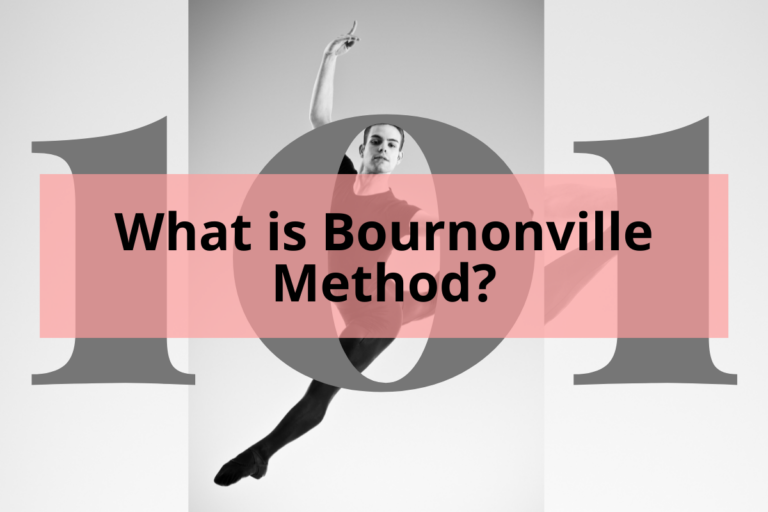 The Bournonville method, created in the Romantic era of ballet, was created by the Danish dancer and choreographer, August Bournonville in the mid-1800’s.  This style of ballet is known for small, fast footwork (bravura), emphasized by movements of the torso, arms, and head in the direction of the feet (epaulement).  Additionally, Bournonville ballets require a lot of acting and mime work. 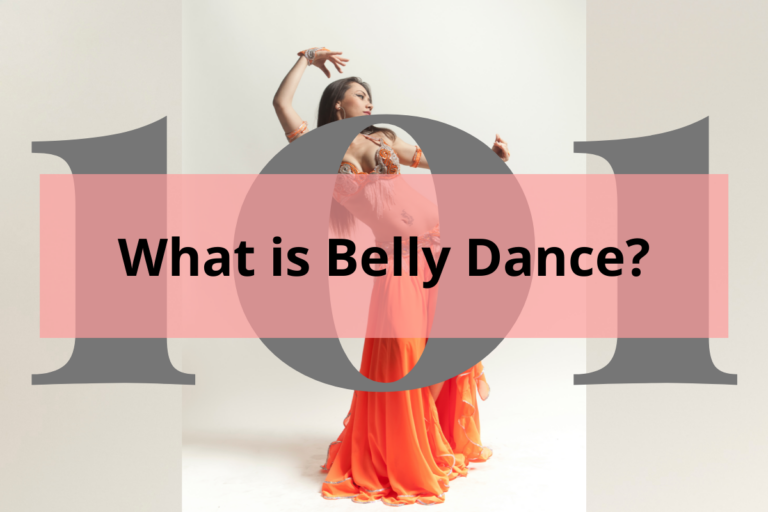 Belly dance (or Oriental dance) is possibly the most ancient form of dancing.  It started in the Middle East, and, contrary to popular belief, was not performed as a way for women to entertain men.  Instead, belly dance is traditionally performed by men and women of all ages at celebrations such as weddings and festivals. 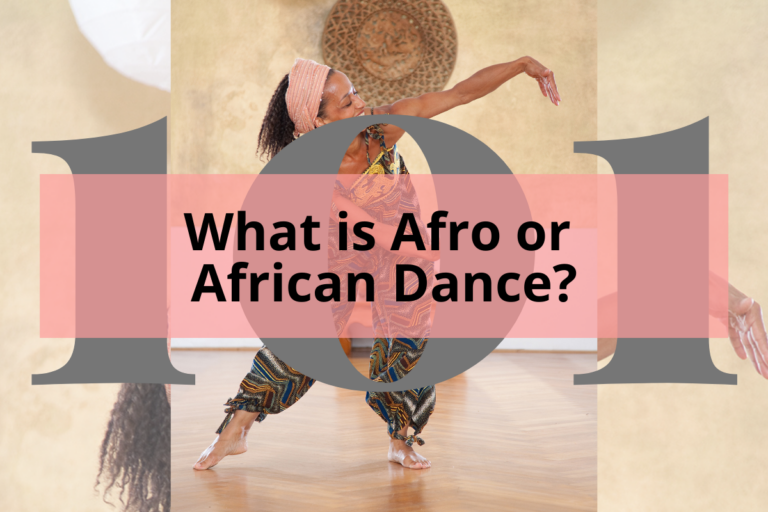 rican dance describes a wide range of dance styles that originated in sub-Saharan Africa. These dance styles are known for having a driving rhythm.  The steps frequently involve the entire body, and often dancers must rely on musical signals rather than strict counting. 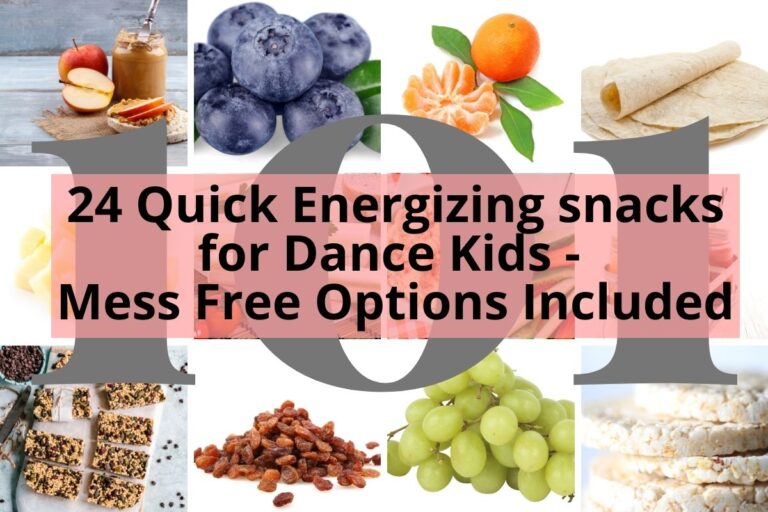 If your family is anything like mine, you’re constantly on the go.  You’re driving your dancer to and from class, competitions, rehearsals, etc. and still need to make sure they have enough healthy energy to get them through the day. 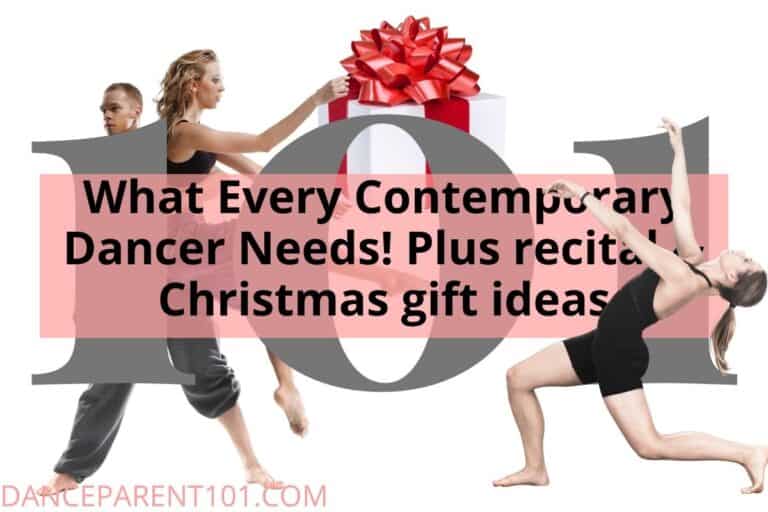 Need a great gift for your contemporary dancer, but have no idea what they need, or even want?  They can be especially hard to buy for since they definitely don’t want something with a pointe shoe or a tutu on it! But don’t worry, I’m here to take the guesswork out of it! 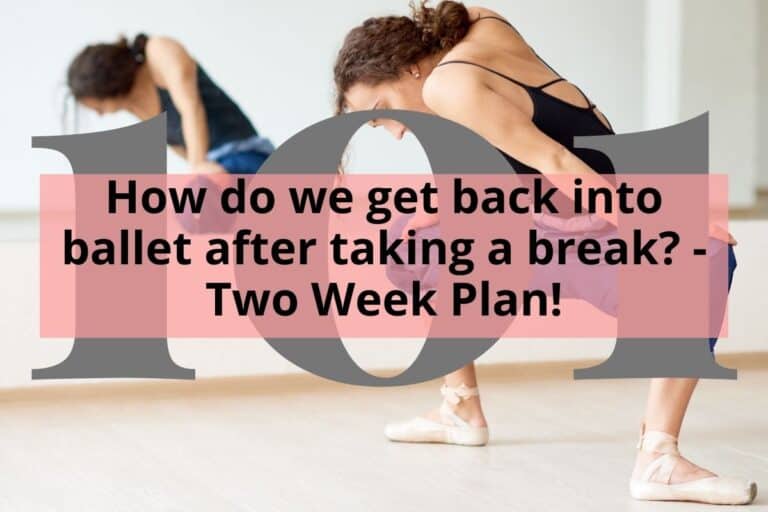 Everyone – even professional ballet dancers – needs a break to rest and rejuvenate.  But now it’s time to get back to work.  Use these tips to make sure you and your ballerina (or ballireno!) have a smooth, safe return to class.