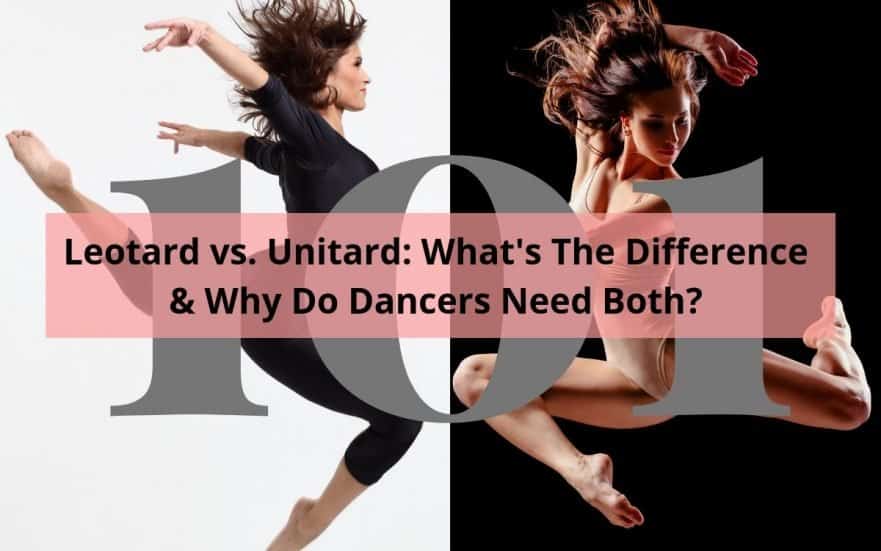 You have your kids dance school uniform list and you were expecting to have to spend a little bit of money buying new leotards, tights and shoes for your child, but also on the list is a unitard. What on earth is a unitard and why does your kid need both a leotard and unitard?

Leotard vs. unitard: what’s the difference? A unitard is a skintight all in one that covers the legs (usually to the ankles) and body, whereas a leotard covers the body but has no legs and can be hi cut or low cut or even boy cut similar to underwear. Both a leotard or unitard can be sleeveless, have capped or full sleeves or even camisole straps.

Now that you know the difference, why do you need both?

Well, lets start with their history to help give you a better understanding of what the unitard and leotard were made for and why. Stick with us, it’s a quick and interesting read….

The History of the Leotard

Before the leotard, female dancers in the 1800s would wear bloomers under a dress that consisted of a bodice and layered net or muslin skirt that resembled a long tutu as can be seen in the paintings of Degas. Men who had previously worn long pants began wearing breeches with silk hose.

Although the name leotard can be attributed to french acrobat Jules Leotard of the same name, it wasn’t until the creation of nylon and then spandex or Lycra in the late 1900’s that the leotard became the dancewear of choice for dancers.

Jules leotard wore a tight-fitting garment called a maillot, a name still used today to describe women’s bathing suits. But it wasn’t until after the death of Frenchman Jules Leotard (1838-1870) who designed for himself a skin-tight all in one maillot to wear during his acrobatic and gymnastic performances that the word leotard was used to describe the garment. Jules’ original leotard was in fact by today’s standards a unitard!

It was a full-body suit, an all in one knitted suit that covered his arms to his wrists, his legs to his ankles and scooped close to the neck. It protected his modesty whilst at the same time making him appear almost bare-skinned or naked under the pair of shorts he wore on top. This figure-hugging outfit was designed for and worn only by men for many years.

In the early 20th century, inspired by Isadora Duncan women started wearing a short Greek-style cotton tunic or dress to rehearse in or even little black trunks and knitted crossovers. It was also on-trend to have bare legs without silk hose around this same time which was possibly another overlooked reason as to why women were only now able to wear shorter and shorter attire and able to show off their footwork more clearly as they no longer needed suspenders or other devices to hold up the silk hose they previously wore.

As time progressed, and conservativeness lessened more and more female dancers started to increasingly utilize the effectiveness of clothing that inhibited their movement less. Some dancers began to wear swimsuits which looked very similar to Jules Leotard’s layered design.

The problem was, that the leotards as dancers were now calling them were initially made of cotton which has no stretch. They tended to run color (especially during their introduction) and had zippers or other devices to help get the dancer in and out of them. The cuts and designs were not altogether flattering for the dancer either says Patricia Neary, a former principal dancer with New York City Ballet for Dance Magazine. Many dancers had to make adjustments to theirs to improve them.

When a new material called Nylon and specifically, Stretch Nylon was introduced things improved drastically, but it wasn’t until the creation of spandex and Lycra that leotards truly became the dance staple they are today. And as technology advances developing more breathable, moisture-wicking synthetic materials and with the development of tubular knitting and thus the ability to create seamless leotards who knows what dancers will be wearing in the future.

The history of the Unitard

The word unitard can be broken down into the prefix uni– meaning one or single and the last syllable of the word leotard –tard. Therefore because it derives from the word leotard you would think that they came second and after the leotard, but if you look closely at history and in fact at the initial design of Jule’s Leotards innovative maillot you can see that the unitard came first, but just wasn’t given that name until many years later.

The unitard was known for many years (and still is by some) as a bodysuit and was used mainly to protect a performers modesty whilst at the same time letting them achieve the look of bare skin or being naked. Today a bodysuit serves that same purpose in dance being an undergarment worn under a unitard or leotard. The word unitard is the name dancers give to the all in one worn as outerwear and they have really have been worn ever since Jule’s Leotard designed his first knitted bodysuit or maillot.

WHY THE UNITARD NEVER BECAME AS POPULAR AS THE LEOTARD

But the unitard or bodysuit never became fashionable as dancewear for ballet dancers. And this could be for a myriad of reasons the most understandable being that the maillot Jules designed was only intended for men to wear and it was a societal norm for women to wear dresses and skirts, not outfits resembling pants. And because the unitard was intended to make a person look as though they were dancing in bareskin this could have just been too risque and revealed too many female curves, or just wasn’t fashionable for the female dancer.

THE UNITARD – THE UNOFFICIAL UNIFORM OF THE CONTEMPORARY DANCER

What we can ascertain is that the unitard really came into its own as a staple piece of dancewear through its use by the contemporary and modern dancers of the 1970’s. Although the birth of modern dance occurred many decades before, with the introduction of spandex and lycra materials dancers were able to escape the confines of the now traditional ballet uniform of leotard and tights and develop a style truly independent of its classical counterpart.

Contemporary and modern dancers needed clothing that allowed freedom of movement and visibility of the body but also did not scream ballet dancer! They needed a costume that was simple and unadorned so that the choreography and dancing was what stood out rather than the beauty of what they were wearing. And that is when the unitard unwittingly became the calling card of the contemporary and modern dancer today.

Why you need to buy both?

Just like you wouldn’t wear your jeans and t’ shirt to a job interview, you wouldn’t generally wear a unitard to a ballet class. Similar to societal rules regarding occasions and everyday clothing the type of dancewear worn to a dance lesson has become a signifier of the type of class you are taking.

I know for myself getting dressed and doing my hair was all preparation for getting my mind and body ready for the style of dance class I was about to take. I can honestly say I never danced in just my leotards and tights in for example a hip hop class. When wearing my leotard and tights my body muscle memory kind of took over and my posture and core muscles immediately engaged in ways more appropriate to ballet dancing, just as wearing my unitard in my contemporary and modern dance classes made me feel more able to explore creative movement and levels such as rolling around the floor that might have felt weird to do in my ‘ballet uniform’.

So it might be a lot of mind over matter because, in reality, you can learn dance in any clothing, but like the saying goes the ‘Suit makes the Man’, and in our case, the unitard makes the contemporary dancer.

Therefore understand your dance studio or teacher wants to give your child the best chance to develop their dancing and by asking them to dress the part and take on the role of a contemporary dancer it simply makes it easier for your child to believe in themselves and learn that style of dance.

What is the difference between a bodysuit and a unitard?

A unitard is an all-over skintight suit made from lycra or spandex that covers the dancers legs and body. A unitard is worn as outwear and can be sleeveless or have sleeves. A bodysuit is generally an undergarment for a dancer and it does not have leg or arm coverings and is worn under the unitard or a leotard. It is made of thin breathable material in neutral shades. A bodysuit is also the name given to the women’s fashion piece of clothing that fits tightly over the torso and has fastenings that clip together under the crotch.

What is the difference between a bodystocking and a unitard?

A bodystocking like a unitard covers the legs and torso. The difference is a bodystocking will have enclosed feet like stockings or tights and are worn under unitards and leotards as they are made of the same material as stockings. They are an alternative to tights or stockings that provide the same benefits as a dancers bodysuit, which is used as an undergarment.

What is a biketard and how is it different to a unitard or leotard?

A biketard is the name given to a unitard that has a short leg length, cut mid-thigh or higher similar to the boyshort style. It could also be described as an all in one leotard with short leg coverings cut mid-thigh length or higher similar to boyshorts. The name bike pants was the name given to leggings of a similar cut and length as worn by cyclists and then made fashionable and worn by women and girls in the 80’s. Just like the word unitard, which is a combination of the prefix uni and tard, uni meaning one or single and tard being the second syllable of leotard, biketard is a combination of the name for bike pants and leotard or unitard. 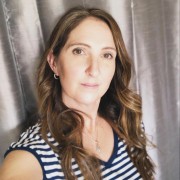