Why we love Just Dance and our Playstation 4!

Ok, I am not going to lie. I am a strict mom when it comes to screen time and technology with my kids which is why I was even a little surprised when I told my husband when he was in the city for a work trip during the Black Friday sales last year to buy a PlayStation VR bundle kit, four move controllers and a copy of the latest Just Dance game for Christmas, but I am so glad we did!

What I love most about it is that we play as a family! We take turns, cheer each other on, get a little competitive with scores and just have fun.

Equipment you will need:

Check the end of the article for other gaming consoles you can buy Just Dance for including Wii, Nintendo and Xbox!

So what is Just Dance exactly?

Just Dance is a video game that involves a player copying the dance moves of a dancer on the screen who is dancing to popular music we all know and love. You can have from 1 to up to four players dancing at the same time – you just have to choose a dance and routine that accommodates the number of players. This means players can take turns or dance all together. If more than one player is dancing at a time you will need more move controllers.

How does it work?

To play interactively, you need to have a Playstation camera and move controllers hooked up to your PlayStation console and television. For four players to dance and be scored at the same time each player needs their own move controller. Having one controller is also fine, it just means taking turns.

Do you need a disc or can you play online?

You can play Just Dance by buying and inserting a Just Dance Disc into your play station or you can also buy and purchase access to the entire Just Dance Library online, which you need to do through your Playstation console. We were able to update our disc version with a few new online songs being offered and access a few other extras.

What ages is Just Dance best for?

I found that Xavier my seven-year-old son who is soccer/football and basketball mad was great at the basic and intermediate levels and Sydney my nine-year-old ballet dancer was beating all of us! My four-year-old however struggled with most dances except for Baby Shark which she loved but got discouraged when her score at the end wasn’t very high – because she wasn’t putting her hands in the right positions and so the game scored her low even though she was doing a great job.

What is great though is that there is a kids section that doesn’t score in the same way, and has a separate selection of songs. Even though we aren’t familiar with many of the songs she loves the kid’s section and always chooses from in there when it is her turn because she is more successful in getting points and rewards from the game.

My husband also enjoys playing as there is a wide selection of songs and in this particular version a french/creole party song he knows the words to, which he chose for the battle between him and my daughter in the photos in this post.

And finally, I enjoy the game for the popular music, current dance moves and overall enjoyment and fitness it brings.

Is Just Dance only for Playstation?

Just Dance is not just a PlayStation game, its just that we have a PlayStation and I am familiar with that. You can also get Just Dance for Wii, Xbox, and Nintendo Switch. 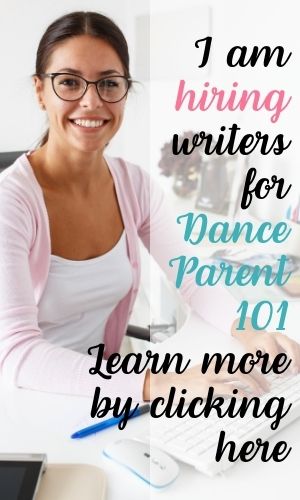